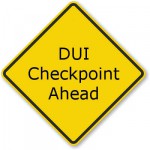 Why Are There DUI Checkpoints?

The purpose of a DUI checkpoint is to deter drivers from operating a vehicle while under the influence of drugs or alcohol. Law enforcement officers will usually select locations according to New Jersey DUI statistics that indicate an increased area of DUI activity. Most checkpoints occur during late night hours or the early morning hours with locations and times made known to the public.

The legality of New Jersey sobriety checkpoints is a topic which continues to be debated, as many legal experts believe the fourth amendment protects citizens from unreasonable searches and seizures and that DUI checkpoints across New Jersey violate this fourth amendment right. However, the U.S. Supreme Court continues to uphold the constitutionality of these checkpoints and believes that they are legal and necessary intrusion that is justified by ‘public interest.’

Am I Required To Answer?

If you are ever stopped at a New Jersey sobriety checkpoint, you will be required to provide identification, including your name, address, license, and registration. Although the officer may continue to ask questions, which may seem routine, you are not legally required to respond and a polite refusal is legally acceptable. In addition, the officer may request a search of your car and, again, you may politely refuse the request. How the officer handles your refusal can be used against them in a DUI case, including whether the officer followed all policies and procedures set forth by the State of New Jersey in conducting a legal DUI roadblock. In fact, did you know that it is also legal for you to avoid the checkpoint altogether (provided you make a legal U-turn or exit onto another street)?

Faced with an Arrest?

If you find yourself in a situation where you are actually arrested at a sobriety checkpoint in New Jersey, understand that you do have options. There is a strict protocol which must be followed at a checkpoint to ensure its legality, including proper public notice, proper testing procedures, proper machine calibration, proper questioning, and more. To ensure your rights are upheld, it is in your best interest to contact a New Jersey DUI attorney to discuss the issues surrounding your DUI checkpoint case.

Our Work Has Been Featured in

Law News and Information in New Jersey View All

Offices are not staffed. By appointment only.