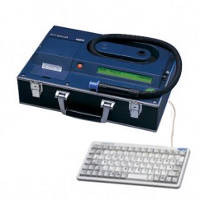 The Alcotest breathalyzer is administered by law enforcement after the officer has determined or suspects that a driver is operating a vehicle under the influence of alcohol. When administering the Alcotest, the driver is asked by the arresting officer to breathe deeply into a machine two separate times, with a 2-minute interval between each breath sample. During the interval between breath samples, the Alcotest breathalyzer system performs secondary ‘dummy’ tests to purge any residual alcohol from the device. This ensures an accurate and proper result is given each time. The two readings from each breath sample are then calculated and averaged internally by the machine to give a proper blood alcohol content score to the officer. If the blood alcohol content results are above 0.08%, then the State of New Jersey considers you to be driving under the influence and you will be arrested and charged with a DUI.

How Accurate is the Test?

The accuracy of the Alcotest has been hotly debated across New Jersey for many years; in fact, the Alcotest has been widely disputed since its very inception as New Jersey’s standard of DUI detection. Lawyers have consistently argued against the use of the Alcotest breathalyzer system, stating that the machines operated with outdated software and were unreliable. After a very lengthy two-year deliberation, the New Jersey Supreme Court has ruled that the Alcotest results are reliable and, in fact, admissible in court. However, the court did also rule that the Alcotest machines must be properly maintained and updated regularly to ensure accurate and dependable results.

With continued debate over the Alcotest breathalyzer system reliability, even after the New Jersey Supreme Court ruling, the Alcotest breathalyzer system is projected to be phased out by the year 2016. The State of New Jersey recognizes the advances in technology, as well as outdated systems and machinery. Therefore, as 2016 approaches, New Jersey will continue to seek alternatives for drunk-driving detection in place of the current Alcotest standard.

Can I Challenge The Results?

The NJ DUI attorneys at our law firm have a proven record of raising issues with the prosecutions case including the Alcotest Breath Test. Not only do 5 of the attorneys on our staff certified in operating and maintaining the current Alcotest device used by law enforcement but we own our own Alcotest machine and use it to further strengthen our ability to challenge the state’s case.

Our Work Has Been Featured in

Law News and Information in New Jersey View All

Offices are not staffed. By appointment only.